A strange sighting on Google Maps has an eerie similarity to the kind of mark that might be left by aliens.
For a long time some have believed beings from other planets are communicating with humans via markings on the ground.

Crop circles have been interpreted as a sign of paranormal activities.

A number of hoaxes were carried out by Doug Bower and Dave Chorley in the 1970s, causing a media storm when some claimed they were evidence of a UFO landing

GOOGLE MAPS: IS THIS STREET VIEW IMAGE PROOF OF ALIENS?

However, some looking at this strange pattern found in the Egyptian desert would be forgiven for assuming there was something other worldly about it.The pattern, with two spirals that spin out from the centre, seems to show a number of mysterious mounds and holes in the sand.However, far from being the work of an extra terrestrial – this pattern is definitely man made.

In fact, it is an art work.

The pattern was created by three artists and is an enormous 1 million square foot in diameter.

Google Maps: The weird and wonderful things caught on camera 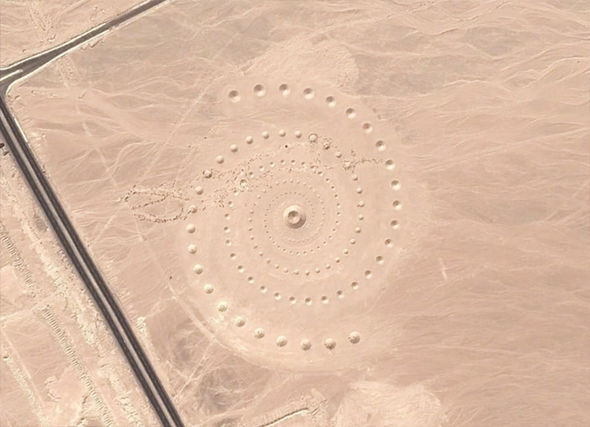 Google Maps: Crop circles have been interpreted as a sign of paranormal activities
Danae Stratou, Alexandra Stratou and Stella Constantinides created the circular design in the landscape.The piece is called Desert Breath and is meant to show the passage of time and the nature star o the desert.One spiral is made of mounds, while the other is made up of holes. Over time the winds will slowly blow the hills away and fill the depressions, causing the desert to eventually revet back to its natural state.

There has been another alien sighting on Google recently, although some are questioning its authenticity. 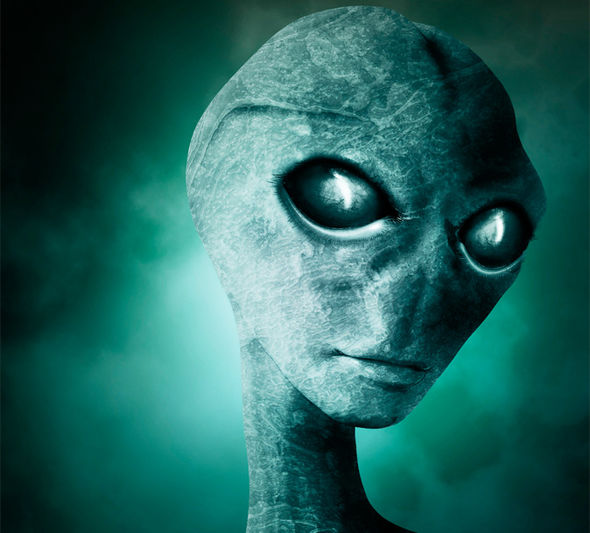 Google Maps: The pattern was created by three artists and is an enormous 1 million square foot
It seems humans will have to wait a little longer before they see any messages from outer space.Another Google Maps sighting that seems innocuous actually has a spooky and secret past.The app has also captured a mysterious island in Australia with a strange past.

The island is now overgrown with trees, and from above could look like a normal strip of land.