Skip to content
You are here
Home > ARCHAELOGY > Archaeologists To Ben Carson: Ancient Egyptians Wrote Down Why The Pyramids Were Built

November 4, marked 93 years to the day that the tomb of King Tutankhamen was opened in Egypt, revealing spectacular artifacts and a magnificent mummy of the boy king.  The celebration was somewhat marred, at least here in the U.S., by a leading Republican candidate for president, former neurosurgeon Ben Carson, who confirmed a statement he’d made in 1998 — that he believes the Egyptian pyramids were grain silos, not tombs.

The collective reaction from archaeologists and historians, who have command of literally centuries’ worth of research into the artifacts and literature of the ancient Egyptians, is… Wait, what now?

Carson said in his , a Seventh-Day Adventist-affiliated university, “And when you look at the way that the pyramids were made, with many chambers that are hermetically sealed, they’d have to be that way for various reasons.  And various of scientists [sic] have said, ‘Well, you know there were alien beings that came down and they have special knowledge and that’s how, you know, it doesn’t require an alien being when God is with you.’” 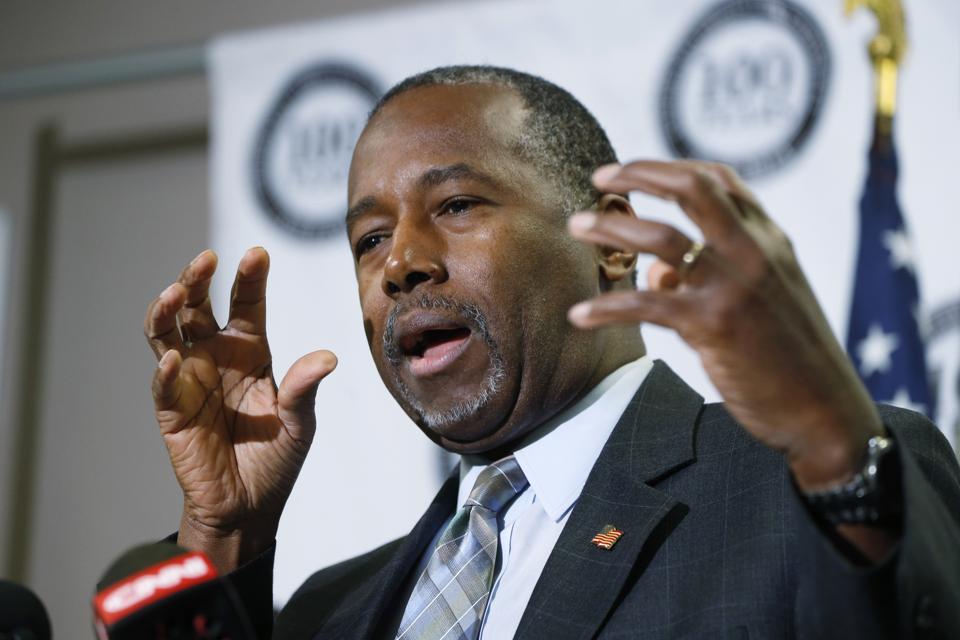 Just to be clear, no scientists think that aliens built the pyramids. There is a small but vocal contingent of people who believe in pseudoarchaeological explanations, but archaeologists have dismantled those harebrained theories at every possible turn. (See, for example, my piece, “.”)  So while it may look good for Carson to deny alien involvement in pyramid building, he also attributes them to some dude who may or may not have existed rather than, well, the ancient Egyptians.

As a Seventh-Day Adventist, Carson appears to subscribe to the idea that the book of Genesis is literal history.  And therefore that the Joseph of the Old Testament, who was sold into slavery in Egypt, built the pyramids to store grain during the seven years of abundance mentioned in Genesis.  As Carson , “My own personal theory is that Joseph built the pyramids in order to store grain.”

My favorite tweet on this comes from ecologist Jacquelyn Gill:

We know what the pyramids were built for because the ancient Egyptians tell us what they were built for (see, for example, the ).  Denying ancient people the capability of building monumental structures is not new, though, and not confined to Egypt — plenty of people over the years have denied that Native Americans could have built the massive earthwork mounds across the U.S. and that the Maya could have built their pyramids without help from aliens, Europeans, or a higher religious power.

It might be nice to think that Carson has learned since his talk, nearly two decades ago, more about the ancient Egyptian civilization.  But no; Carson affirmed this belief in Joseph and his amazing technicolor grain silo to last night, doubling down on a profound, willful ignorance of .

In the end, does it really matter what Carson thinks about the Egyptian pyramids?  There will always be science deniers, there will always be people swayed by pseudoarchaeology, and there will always be people who believe what they want no matter the facts.  It does matter, though, because Carson is vying for the job of representing the United States. So it matters that Carson casually rejects hundreds of years’ worth of research because in denying science, he throws the U.S. back into the past.  It matters that he brazenly denies the Egyptian people their rightful history because this marginalizes an entire culture and makes the U.S. look like an ignorant bully.

Aside from the massive, collective sigh that has gone out among my colleagues’ and feeds over the Carson brouhaha, there have also been links shared to honor the history of the Egyptian people, my favorite of which is of the discovery of the tomb of King Tut in 1922. There’s no denying that humans are — and have always been — very clever at using and creating their environment and culture.  So let’s stop pretending more complicated explanations are needed for the creation of ancient monuments.