The 5,000-year-old ‘Cochno Stone’ contains around 90 intricate spirals and intentions that according to some authors, represent an ancient cosmic map. Discovered in 1887, the mystery stone remained buried for decades in order to protect it from vandalism.

One of the most fascinating archaeological mystery is the discovery of the so-called Cochno stone.

Discovered in 1887 by the Rev. James Harvey, the ancient stone measures 13 meters by 7.9, and features around 90 intricate carvings—considered as one of the finest sets of petroglyphs in Scotland—which according to many researchers represent a cosmic map, detailing planets and stars.

After its discovery, in 1965 archaeologist Ludovic Maclellan Mann decided to bury the massive slab under several feet of soil to protect it from further damage and to prevent people from adding their own carvings onto it.

So far, archaeologists cannot agree on what is exactly depicted on the massive slab. 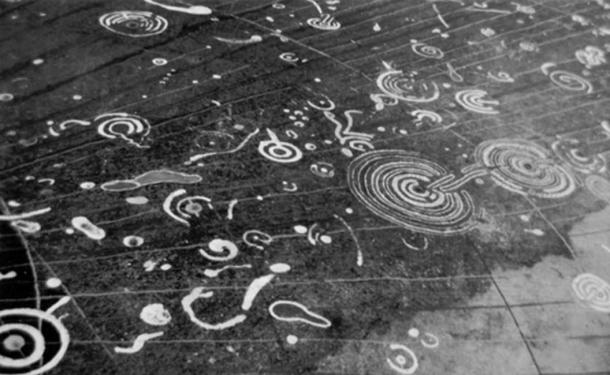 Detail of cup and ring markings on the Cochno Stone. Image credit: .

There is no consensus among archaeologists on the meaning of the intricate symbols found on its surface. Is it perhaps a map of the sky or the earth? An altar where rituals were held?

Some have proposed that the slab is in fact a portal, of life and death, symbolizing rebirth.

Some archaeologists theorize that the intricate drawings of domes, lines, and rings, are an ancient expression of rock art that has been found in many parts of the world.

According to experts, the symbols date back to the Neolithic and early Bronze Age but there are some examples that have been found to date from the Iron Age.

Researcher Alexander McCallum proposed that the Cochno Stone is a map showing other settlements in the Clyde Valley.

The incredible markings are reminiscent of enormous crop circles that have so often been attributed to extraterrestrial civilizations. Interestingly, other similar slabs have been found in the north of Spain, Mexico, Greece and even in India. 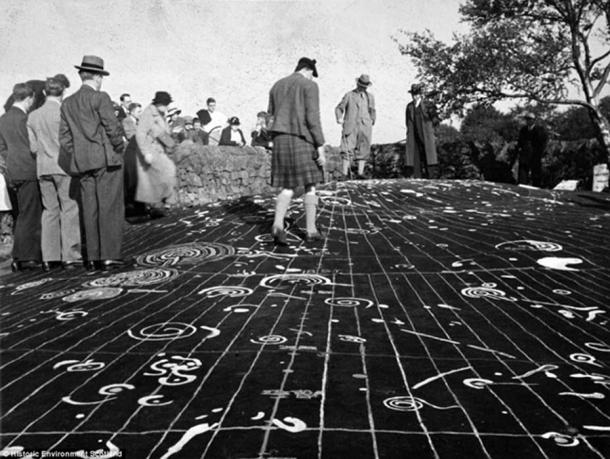 Even today it remains a complete mystery as to what messages the stone contains. The intricate drawings can be tribal symbols, border boundary signs (such as on a map), representations of the cosmos or slits containing liquids in ritual celebrations, among hundreds of other proposed explanations.

They may also be simply decorative forms, an interpretation that could be the most revolutionary of all because it would in a way ‘connect’ prehistoric humans to abstract artists of the twentieth century.

The mystery engulfing the Cochno stone continues. Little is known about what the intricate marks symbolize, but they are found in many rock art sites around Europe. 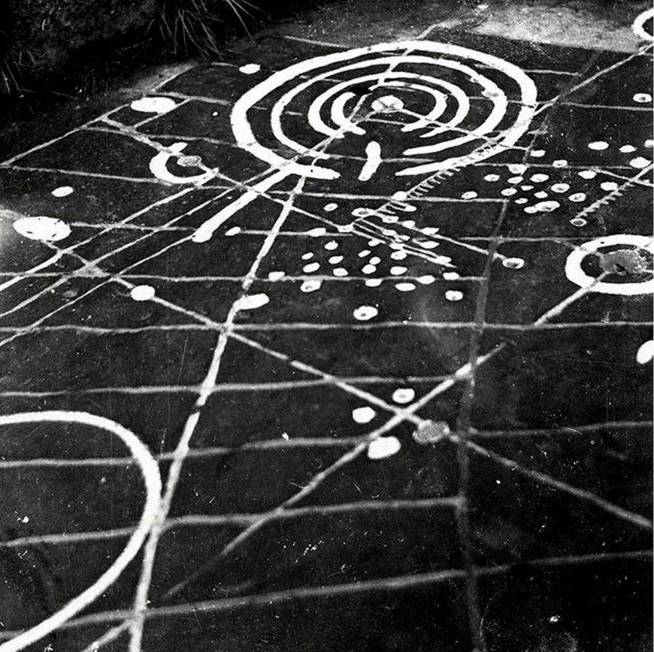 Experts are still not sure what the mystery symbols represent.

Experts plan to digitally map the stone and that data obtained could shine more light on its history, its purpose and the people who created the artwork around 5,000 years ago.

Dr. Kenny Brophy, from the University of Glasgow, who specializes in urban archaeology, lead the excavation and described the experience of seeing the stone for the first time in 51 years as a “once in a lifetime opportunity”.

“The Cochno Stone is something I had heard about as a boy, historically it is well documented, but I was not able to see it until now.”