Earlier in the year, academics from University College London used geographical data from the Consumer Data Research Centre to build a website.

This website generated a heat map of the country based on the prevalence of your surname, and it appeared to work pretty well.

What it did not provide you with, however, was a global picture of your surname popularity.

For this, forebears.io is the place to go, we recently discovered.

It provides you with a breakdown of your surname popularity around the world, both in terms of total number per country and rate of incidence.

I had a go with mine, and found my name is, apparently, most popular in St Kitts and Nevis, where it is the 51st most popular surname and for every 320 people, one has the surname Doré.

It’s easy to see the French influence in the top ten. 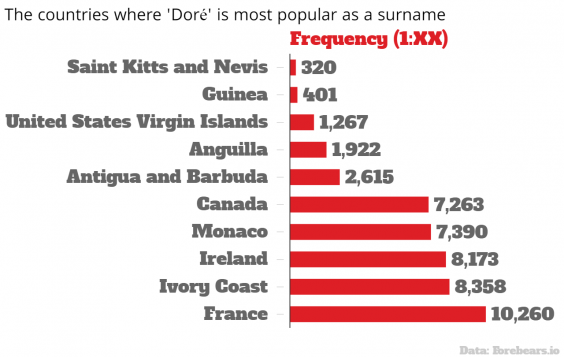 The site also provides you with a lovely map so you can take a look at the global distribution: 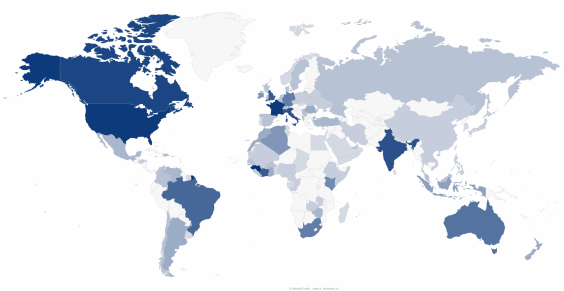 The information on the website is gathered from multiple sources attempting to string together birth records, census data, burial registers – everything into one dataset.

However, there appear to be some errors in certain countries, like Vietnam and Guinea, as reported by Motherboard.

On the whole though, its a fantastic little resource which you should definitely have a tinker with.