This era had many talented and beautiful women. And here are top 15 chosen by Vintage Everyday.

In the early part of the 20th century, the figure and face of Evelyn Nesbit was everywhere, appearing in mass circulation newspaper and magazine advertisements, on souvenir items and calendars, making her a cultural celebrity.

Her career began in her early teens in Philadelphia and continued in New York, where she posed for a cadre of respected artists of the era, James Carroll Beckwith, Frederick S. Church, and notably Charles Dana Gibson, who idealized her as a “Gibson Girl”. She had the distinction of being an early “live model”, in an era when fashion photography as an advertising medium was just beginning its ascendancy. 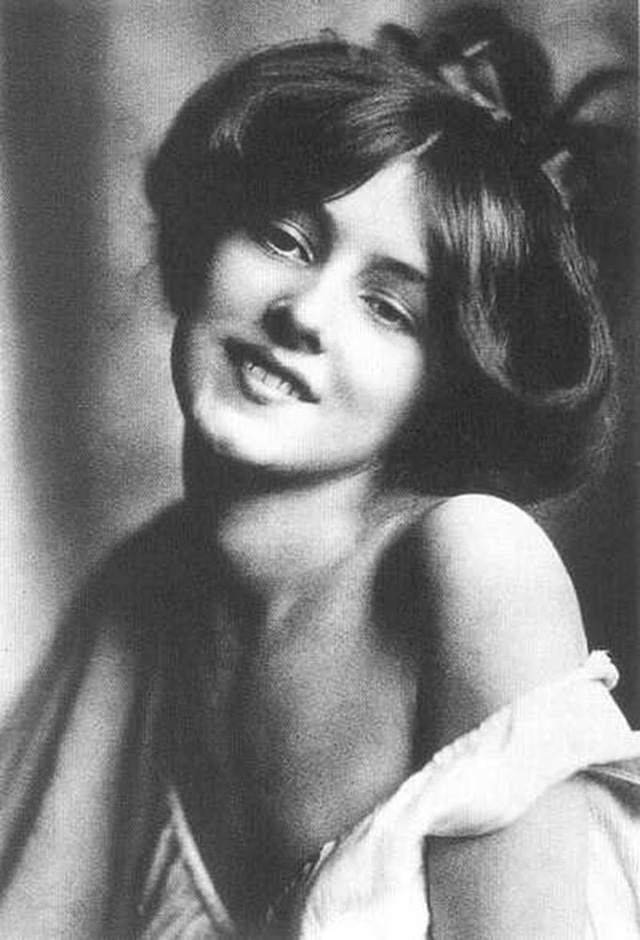 Miss Lily Elsie made her name on the opening night of The Merry Widow, in London, on 8th June 1907. Overnight she had the town at her feet. On the stage Elsie seemed mysteriously beautiful with her perfect Grecian profile, enormous blue eyes, and hauntingly sad smile. Tall, cool, and lily-like, she moved with lyrical gestures in a slow-motion grace.

She was a true ‘star’ of Edwardian times, although the word was yet to be used in that context. Magazines produced special supplements about her, adverts featured her picture.

Although her fame and fortune came entirely from public appearances she was painfully shy. After just a few years on the stage she retired to a quite life away from the public eye. She did however leave us with hundreds of pictures, a few gramophone discs, and two films, to remember her by. 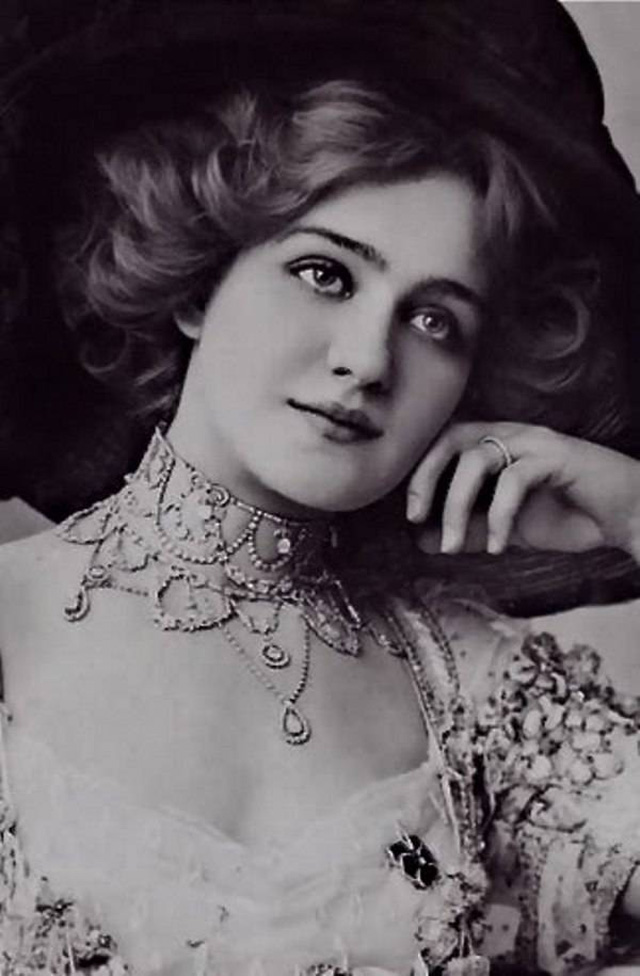 Maude Fealy, the daughter of actress Margaret Fealy, was born in Memphis, Tennessee. At the age of three, she performed on stage with her mother and went on to make her Broadway debut in the 1900 production of Quo Vadis, again with her mother.

Fealy toured England with William Gillette in Sherlock Holmes from 1901 to 1902. Between 1902 and 1905, she frequently toured with Sir Henry Irving’s company in the United Kingdom and by 1907 was the star in touring productions in the United States.

Fealy appeared in her first silent film in 1911 for Thanhouser Studios, making another eighteen between then and 1917, after which she did not perform in film for another fourteen years.

Throughout her career, Fealy taught acting in many cities where she lived; early on with her mother, under names which included Maude Fealy Studio of Speech, Fealy School of Stage and Screen Acting, Fealy School of Dramatic Expression. She taught in Grand Rapids, Michigan; Burbank, California; and Denver, Colorado.

Later in her career, she wrote and appeared in pageants, programs, and presented lectures for schools and community organizations. 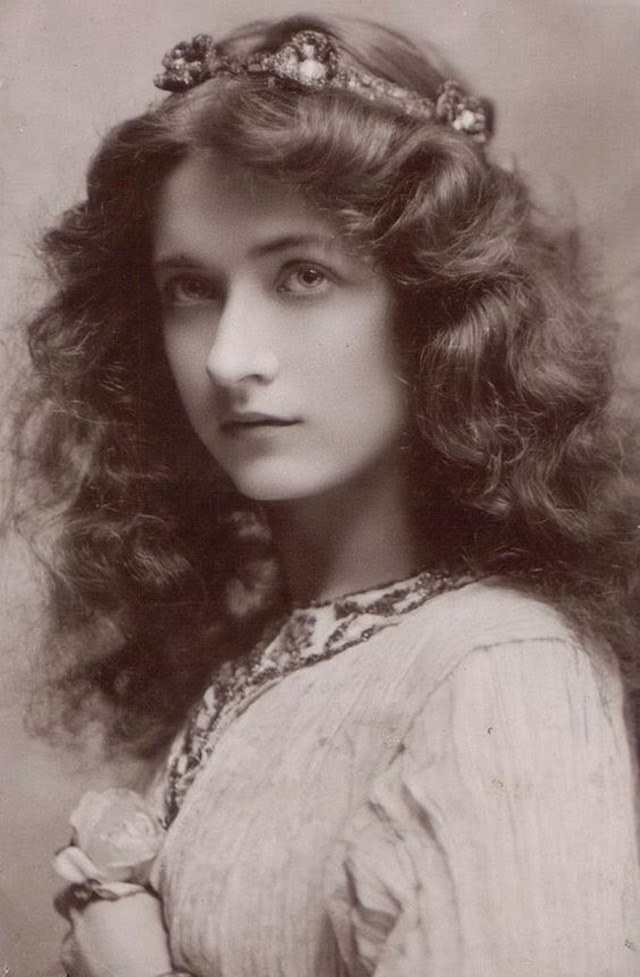 Aida Overton Walker was a singer, dancer, actress, and choreographer, regarded as the leading African American female performing artist at the turn of the century.

Aida Overton began her career as a teenage chorus member of “Black Patti’s Troubadours.” While performing in The Senegambian Carnival (1899) she met George Walker, and the two were married on June 22, 1899. After the marriage, Aida Walker worked as a choreographer for Williams and Walker, her husband’s vaudevillian comedy duo. By presenting ragtime musicals with all Black casts, Williams and Walker helped bring authentic Black songs and dances to a form of entertainment that had been dominated by demeaning minstrel shows.

As one of the first international Black stars, Aida Walker brought versatility to her performances and authenticity to ragtime songs and cakewalk dances. Her dancing and singing ability has been compared to and sometimes applauded over that of her successors Florence Mills and Josephine Baker. 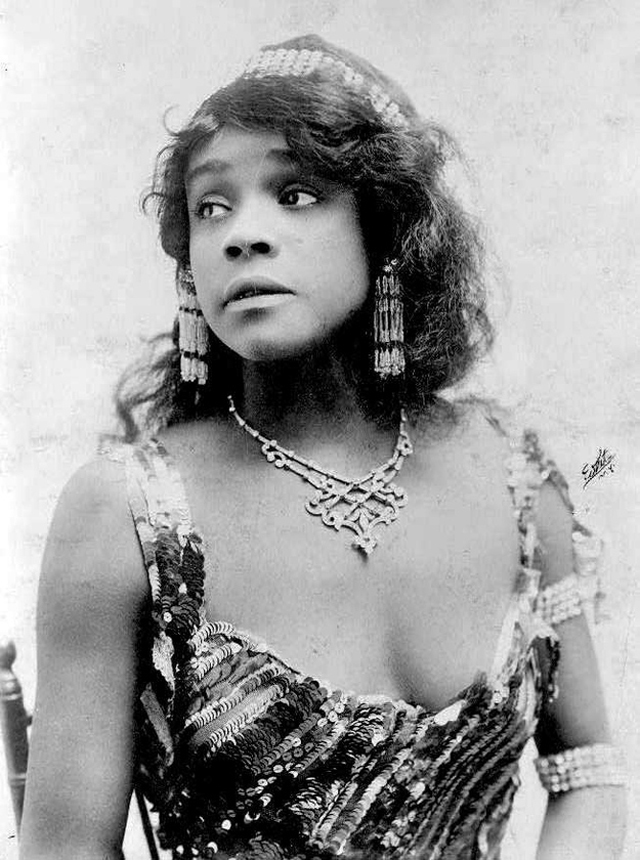 Although born in Denmark, Camille Clifford made her stage debut in the chorus of The Defender in New York, 1902. She came to London, where her beauty caused a sensation; hailed as the epitome of the ‘Gibson Girl’, the ideal created by the American artist Charles Dana Gibson.

She retired to marry the Hon. Lyndhurst Henry Bruce, but made a brief return to the stage in The Girl of the Future in 1916. Thereafter she abandoned the theatre, and to all enquiries, her secretary would reply with, ‘Mrs Bruce has no wish to discuss the past’. 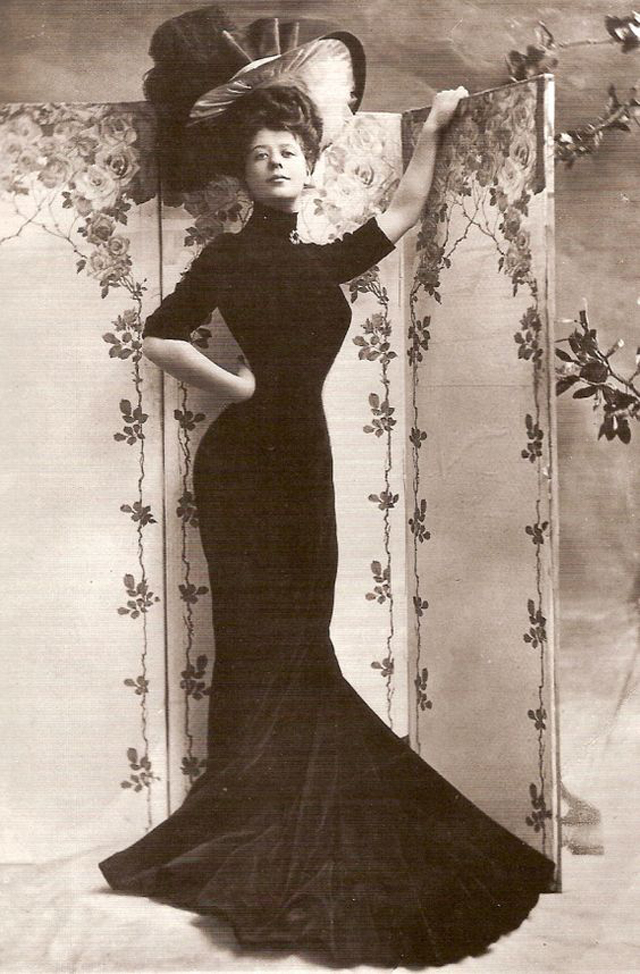 Kellermann was one of the first women to wear a one-piece bathing costume, instead of the then-accepted pantaloons, and inspired others to follow her example. Kellerman’s swimming costumes became so popular, that she started her own fashion line of one-piece bathing suits. Kellermann helped popularize the sport of synchronised swimming; and authored a swimming manual. She appeared in several movies, usually with aquatic themes, and as the star of A Daughter of the Gods was the first major actress to appear nude in a Hollywood production. Kellermann was an advocate of health, fitness, and natural beauty throughout her life. 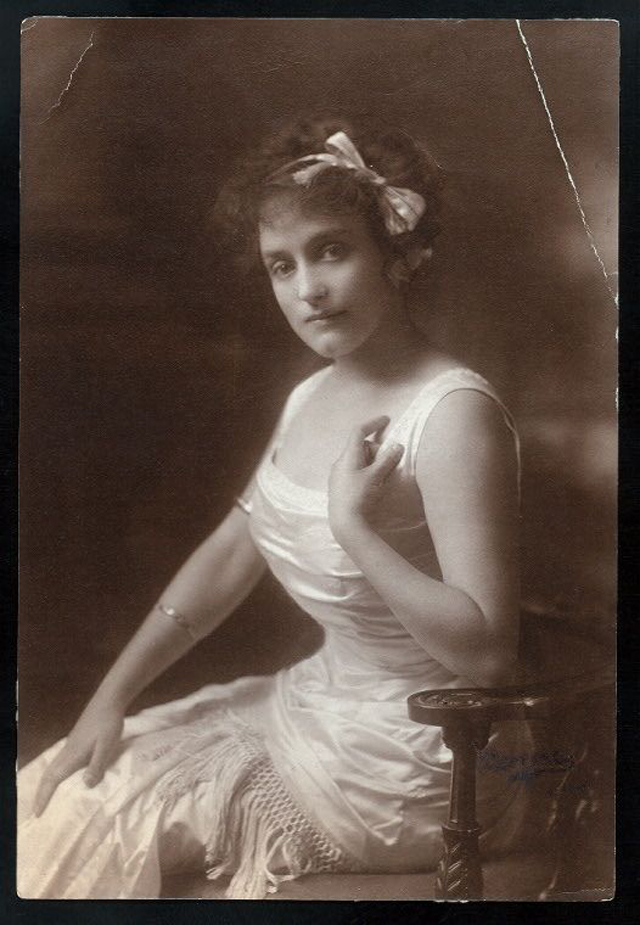 Billie Burke was an American actress, famous on Broadway and in early silent film, best known to modern audiences as Glinda the Good Witch of the North in the movie musical The Wizard of Oz.

She was nominated for the Academy Award for Best Supporting Actress in 1938 for her performance as Emily Kilbourne in Merrily We Live and is also remembered for her appearances in the Topper series.

Billie Burke was the wife of Broadway producer Florenz Ziegfeld, Jr., of Ziegfeld Follies fame, from 1914 until his death in 1932. Her voice was unique in intonation, which she accentuated in her later character roles as dim-witted, spoiled society types. 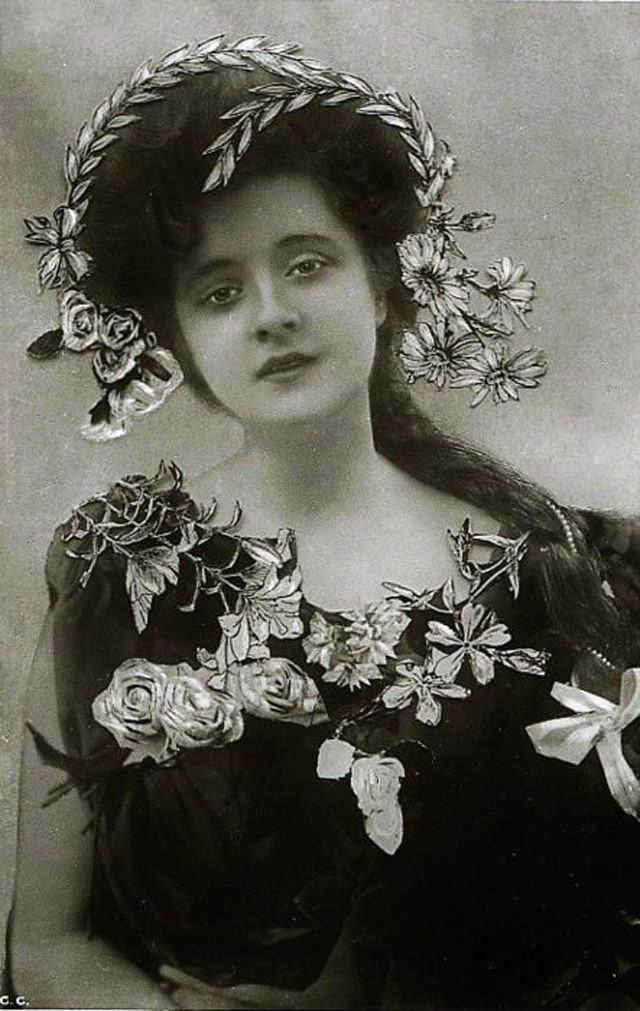 Ethel Barrymore was an American stage and film actress whose distinctive style, voice and wit made her the “first lady” of the American theatre.

Ethel starred for the first time on Broadway in 1901. In 1928 she opened the Ethel Barrymore Theater in New York. She also appeared in vaudeville, on radio and television and in several films. During the 1920s and 1930s she made only one film. In 1944, she played opposite Cary Grant in the film None but the Lonely Heart. Her memoir was published in 1955. She died in Beverly Hills, California. 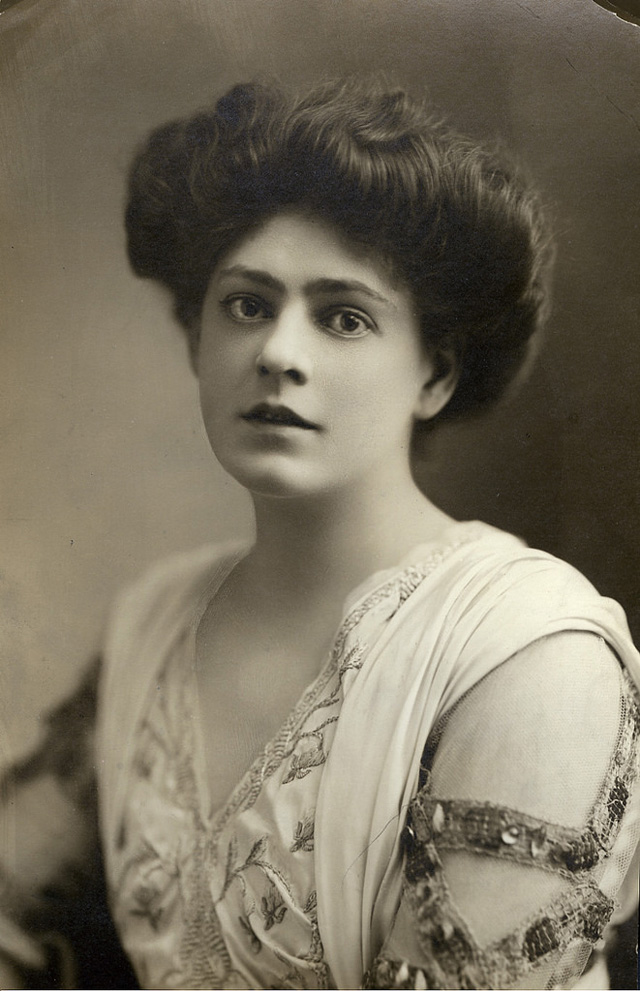 Ethel Clayton was an American actress of the silent film era. Her screen debut came in 1909, in a short called Justified. She jockeyed her early film appearances with a burgeoning stage career. Her pretty brunette looks were reminiscent of the famous Gibson Girl drawings by Charles Dana Gibson. On the stage she appeared mainly in musicals or musical reviews such as The Ziegfeld Follies of 1911. These musical appearances indicate a singing talent Clayton may have possessed but went unused in her many silent screen performances.

In 1912 she appeared in “The Country Boy” on stage at the Lyceum Theatre in Rochester New York and made her feature length film debut in For the Love of a Girl. Like many silent film actors Clayton’s career was hurt by the coming of sound to motion pictures. She continued her career in small parts in movies until she retired in 1948. Her screen credits number more than 180. 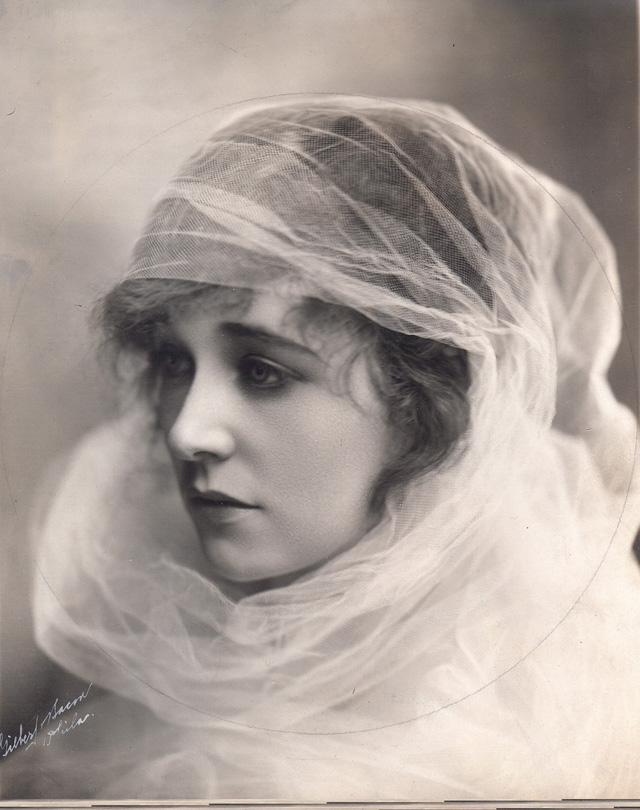 Minnie Brown was an actress and performer who spent from 1902 to 1918 entertaining in Europe, Russia and the Far East.

She was part of the circle of very successful African-American women performers who were based in Russia during those years who included Ollie Burgoyne, Pearl Hobson and Georgette Harvey. 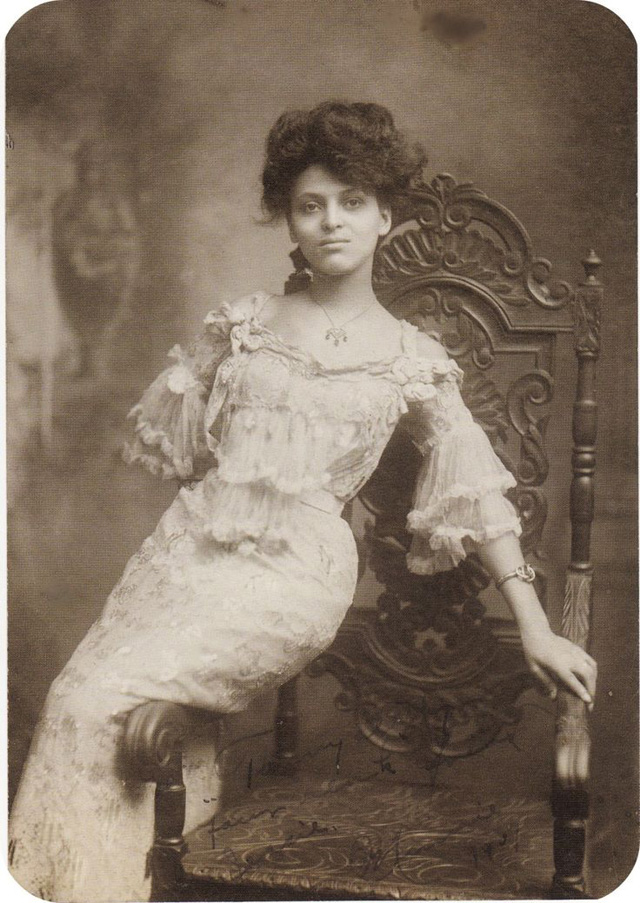 Julia James was an actress who was born in London and began her career at the Aldwych Theatre under Seymour Hicks, playing there Supper Belle in Blue Bell (1905). She appeared at the Gaity Theatre in The Girls of Gottenburg, Havana and Our Miss Gibbs. In 1913 she played Sombra in The Arcadians of L’Olympia in Paris, France. 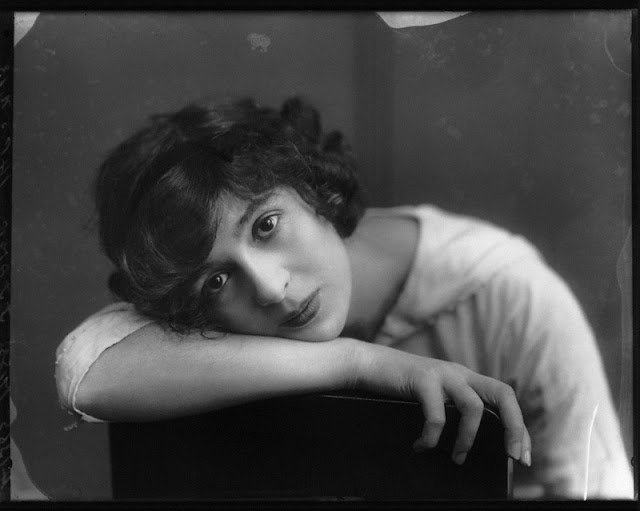 Geneviève Lantelme was a French stage actress, socialite, fashion icon, and courtesan. Considered by her contemporaries to be one of the most beautiful women of the Belle Epoque, she is remembered for the mysterious circumstances of her death: on the night of July 24/25, 1911, she fell from the yacht of her husband, Alfred Edwards. 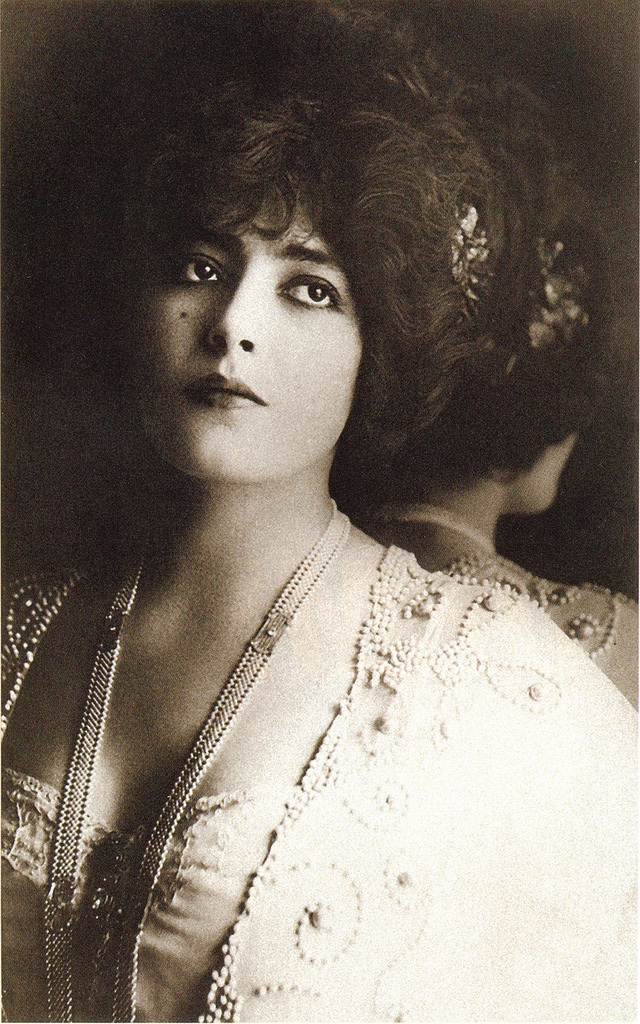 During her teenage years, before becoming an actress, Ethel was a nude model, posing for, among others, James McNeil Whistler. 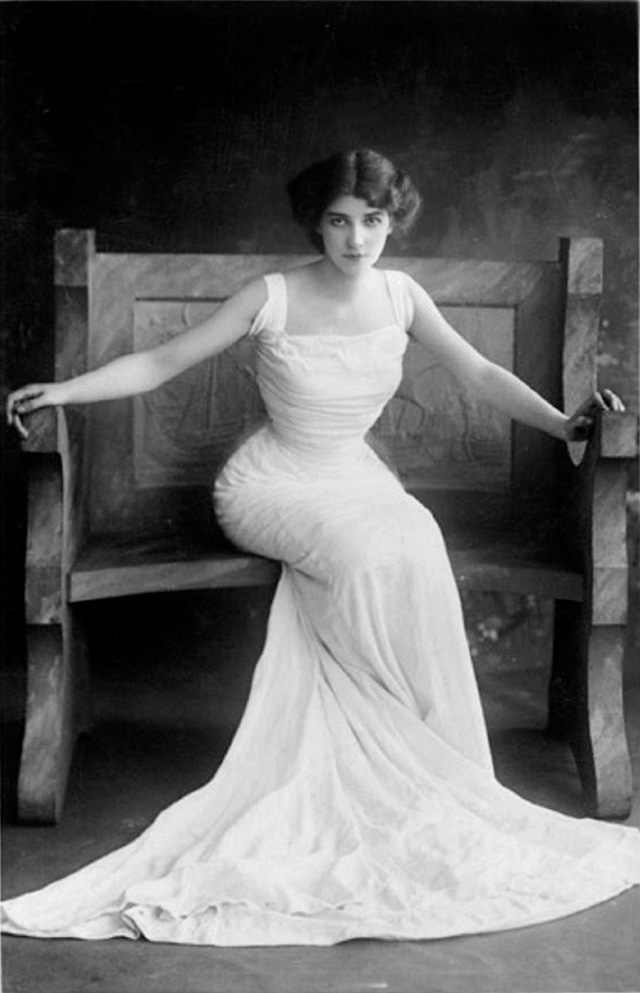 Gladys Cooper was the daughter of journalist William Frederick Cooper and his wife Mabel Barnett. As a child she was very striking and was used as a photographic model beginning at six years old. She wanted to become an actress and started on that road in 1905 after being discovered by Seymour Hicks to tour with his company in “Bluebell in Fairyland”.

She came to the London stage in 1906 in The Belle of Mayfair, and in 1907 took a departure from the legitimate stage to become a member of Frank Curzon’s famous Gaiety Girls chorus entertainments at The Gaiety theater. Her more concerted stage work began in 1911 in a production of Oscar Wilde’s comedy The Importance of Being Ernest which was followed quickly with other roles.

From the craze for post cards with photos of actors – that ensued between about 1890 and 1914 – Cooper became a popular subject of maidenly beauty with scenes as Juliet and many others. During World War I her popularity grew into something of pin-up fad for the British military. 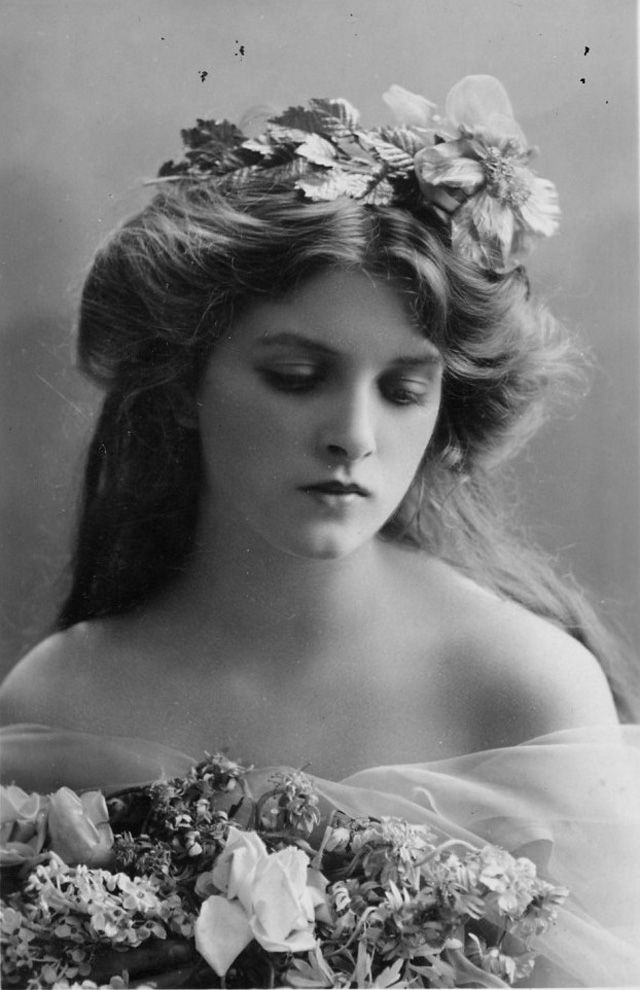 Marie Doro was an American stage and film actress of the early silent film era. She began as a chorus girl in musical comedy under the management of impresario Charles Frohman, who took her to Broadway. There she worked for actor/stage director William Gillette, appearing in many melodrama, thrillers and comedies including The Admirable Crichton in 1903, Sherlock Holmes in 1905-06, Electricity in 1910 and Diplomacy in 1914 est.

On tour of England in the mid-1900s, she starred with the unknown teenage Charles Chaplin. She starred in at least 18 movie, first under contract to Adolph Zukor in 1915, making her film debut in the starring role as Carlotta in Edwin S. Porter’s comedy/drama The Morals of Marcus (1915) for the Famous Players Film Co. She is perhaps best remembered in the title role in Oliver Twist (1916), directed by James Young for the Jesse L. Lasky Feature Co. in 1916. 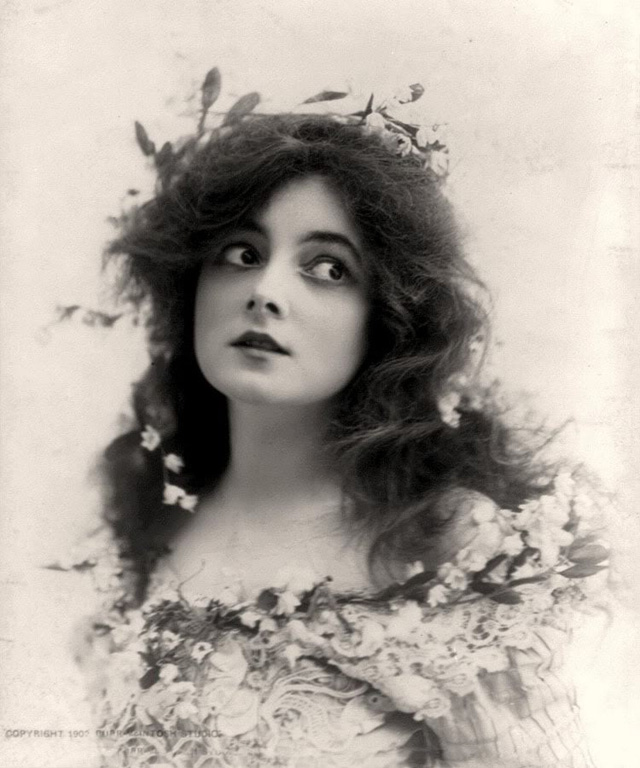