As the Iraqi military struggle to reclaim the city of Mosul in northern Iraq from the Islamic State (ISIS), satellite images show that two iconic archaeological sites have been purposefully destroyed – and not necessarily by fighting.

Both were capital cities of ancient Mesopotamia – the important region where writing, farming, and civilisation as we know it arose. An ancient temple “the most spectacular sacred structure known from ancient Mesopotamia” has been bulldozed to the ground.

The two sites haven’t been formally inspected by archaeologists yet, due to ongoing fighting in the area, and no one has officially owned up to the damage.

But based on the satellite images, researchers from the American Schools of Oriental Research (ASOR) Cultural Heritage Initiatives say they were most likely deliberately destroyed by ISIS.

The worst affected site was the of Nimrud – a towering, terraced temple that was built nearly 2,900 years ago.

Last year, ISIS destroyed a different at Nimrud, but it seems they weren’t happy to leave the ziggurat standing.

As these satellite images below show, at some point between the end of August (left) and the beginning of October (right), the ziggurat was flattened, and there are hints that it was done by land-clearing equipment.

“Imagery dating to early October shows the almost complete levelling of the ziggurat mound, with the majority of damage occurring between 31 August and 2 October 2016,”  “Earthmoving activity continued until October 16.”

, which was known as Calah in the Book of Genesis, was established in the 13th century BC near the Tigris River, is around 32 km (20 miles) south of Mosul.

In the ninth century BC, Nimrud became the capital of the Neo-Assyrian empire under the reign of Ashurnasipal II. It was under his command that the ziggurat was built, originally measuring 61 metres (200 feet) by 61 metres at its base, and 61 metres tall.

This is a reconstructed ziggurat elsewhere in Iraq, showing what the structure might have looked like in its prime: 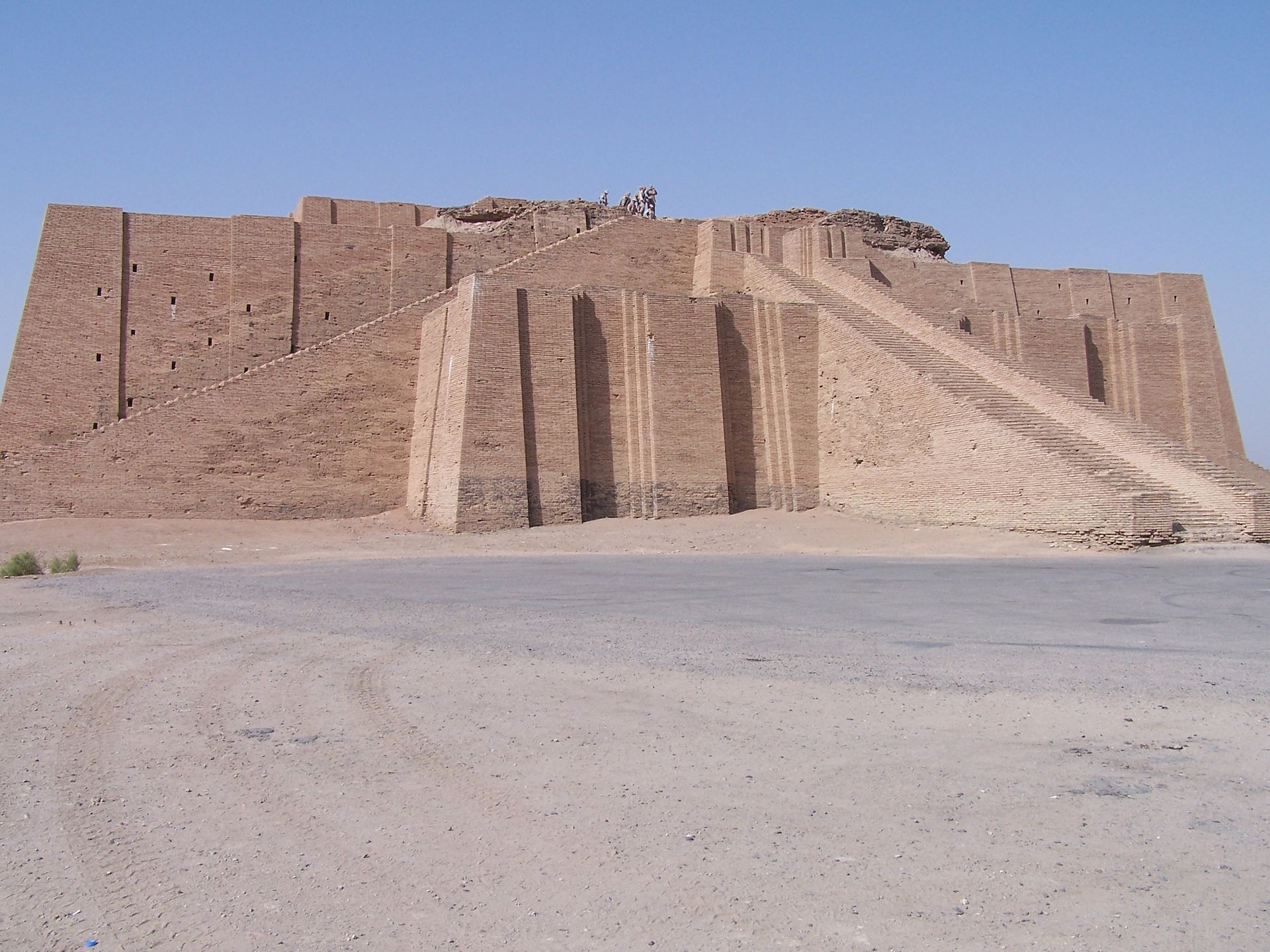 The Nimrud ziggurat wasn’t in quite such good shape even before the recent attack, but after 2,900 years, it still stood 43 metres (140 feet) high.

When archaeologist Austen Henry Layard excavated the site in the , he it as “the most spectacular sacred structure known from ancient Mesopotamia”.

You can see it before it was flattened below: It’s not yet clear why ISIS would destroy the ziggurat (although they do have a  in the areas they hold).

The ziggurat ruins were the highest point in the surrounding area, so it’s possible that they could have flattened it for strategic reasons.

Although, Michael Danti, the academic director of ASOR Cultural Heritage Initiatives, says the site was so remote, it doesn’t make a whole lot of sense to bother bulldozing it to get a better view.

The militants might have been looking for valuable artefacts in the mound – but ziggurats are known to be solid masonry structures that don’t contain burials.

“You’d have to be pretty naïve to loot a ziggurat,” Danti told  “We’re seeing a lot of really peculiar activity like this in Islamic State-held territory.”

A third option is that ISIS destroyed the ziggurat for a more political reason – to demoralise local populations and show bravado as the Iraqi army approached Mosul.

There are reports that Nimrud has since been liberated, but archaeologists haven’t had a chance to inspect the site to see what’s left. It’s likely that ISIS will have also planted the now-flattened area with IEDs and mines, which is what they did before they .

The second ancient city that’s been damaged is , which lies 14 km northeast of Mosul.

Dur-Sharrukin replaced Nimrud as the capital of the Neo-Assyrian Empire in 706 BC, under the ruler Sargon II.

It’s a unique archaeological site, because the city was built, and then only used for one year before it was abandoned after Sargon II’s death in 705 BC.

The city was protected by a vast wall, and when University of Chicago researchers excavated the site in the early 1900s, they found incredible artefacts, such as this sculpture of a winged bull. Dur-Sharrukin was reportedly looted by the

But satellite images have now revealed that the site has been destroyed further by Peshmerga forces, who bulldozed embankments on the important archaeological site and built a large military post on top of it – despite visible archaeological remains.

You can see some of the damage below, right next to the temple, ziggurat, and palace of the ancient city:

Archaeologists are now worried about what further damage will be done to the important historical area of northern Iraq over the coming weeks and months, as the Islamic State is pushed out.

Let’s hope that despite the destruction, there are still new archaeological remains to find in the region, and the evidence of what happened in these two cities more than 2,700 years ago isn’t lost forever.