OTHER
The planet is supposedly heading towards Earth – and will kill us all with a direct hit or near miss soon.

Conspiracy theorist sparked fears the apocalypse was coming after predicting the .

Some believers claim the alien world – also known as Planet X – has appeared.

But Nibiru is yet to be officially confirmed – leading some doubters to question Mr Meade’s prophecy.

The Christian researcher has now explained last month – and revealed where it is right now.

Mr Meade said Planet X is still “between Mars and Earth” – but it is “very close”.

And he has now revised his prediction to say it will appear between November 20 and December 20.

Mr Meade makes his predictions by matching Bible verses about the end of the world with the movement of stars and planets.

In his first interview since the September 23 prophecy date passed, Mr Meade said working out exact dates from the book of Revelation is complex and doesn’t describe a clear timeline of events.

He has already said a . 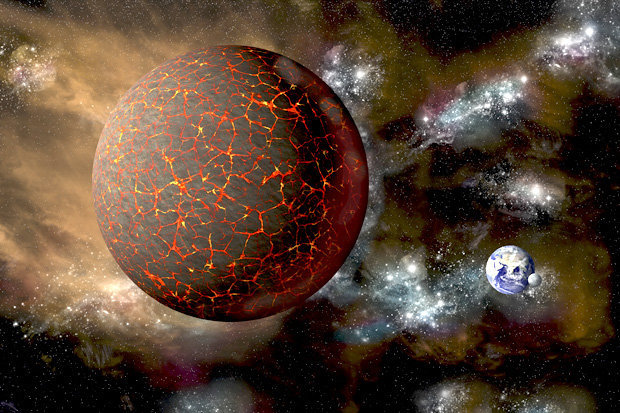 On this date, Christians will be taken up to heaven to avoid the natural disasters, war, disease and famine that will mark this period.

Mr Meade said Planet X will appear 30 to 60 days after this – which puts it between November 20 and December 20.

He added: “Right now it is between Mars and the Earth.

“It is there, it is very close.

“I think it is going to appear in the first 30 to 60 days of the opening of the sixth seal at the beginning of Tribulation period.”

The has said Mr Meade’s prediction is based on a misreading of the Bible.

has mocked Mr Meade’s prediction after Nibiru failed to appear.