OTHER
Scientists are still baffled by how Iapetus – the third largest of Saturn’s 62 moons – formed, as it does not seem to show similar formation patterns to the other ringed planet’s lunar satellites such as Titan and Rhea.

An image taken by Nasa’s unmanned Cassini spacecraft in 2004 shows a line that stretched around the entire moon, leading to theories that it was once two metallic structures that had been welded together.

The shape of the moon is eerily similar to that of the Death Star in Star Wars with some suggesting that movie makers have been slowly feeding the public information.

Conspiracy theory channel SecureTeam10 said in a video: “There’ some very prominent researchers out there who have theorised that Iapetus is a constructed object, it’s artificial. 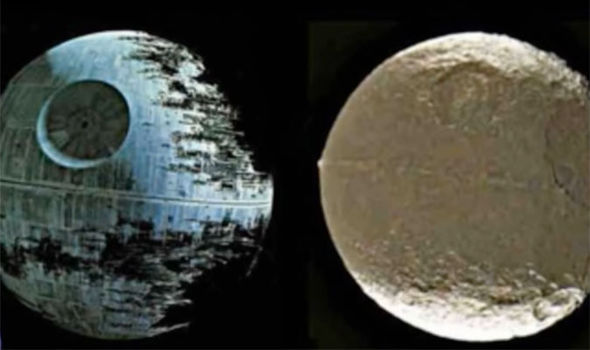 Iapetus looks like the Death Star, according to conspiracy theory

“We go back to Hollywood drip feeding us bits of truth.

“We didn’t even have close up images of Iapetus, supposedly, when the Star Wars films came out in the 70s. 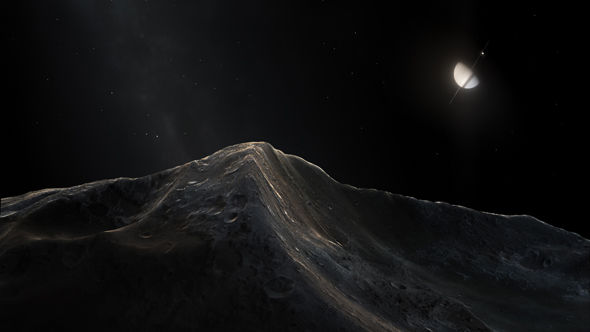 The ridge of Iapetus

“Yet decades later we finally have some great close-up image and it’s identical to this fictional artificial weapon that is disguised as a planet in the Star War films.”

The huge ridge along the centre of the moon is 16,000 kilometres long and 20 kilometres high – almost double the size of Earth’s largest mountain Mount Everest. 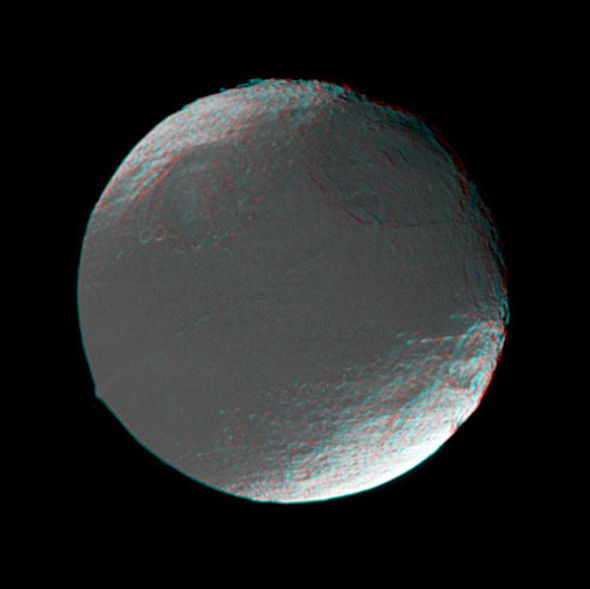 This, according to the narrator of the video, is proof that it has been pieced together.

The video continues: “It looks as if there were two separate pieces and it’s almost as if they were welded together.

“There is a large welding mark wrapping around the crater as if they were two separate pieces that were cut down the middle and connected together.”

However, astronomers say that the most likely explanation for the giant ridge is that the moon expanded very quickly in its early days, causing ice to collect at the centre.