Mathematics can get pretty complicated. Fortunately, not all math problems need to be inscrutable. Here are five current problems in the field of mathematics that anyone can understand, but nobody has been able to solve. 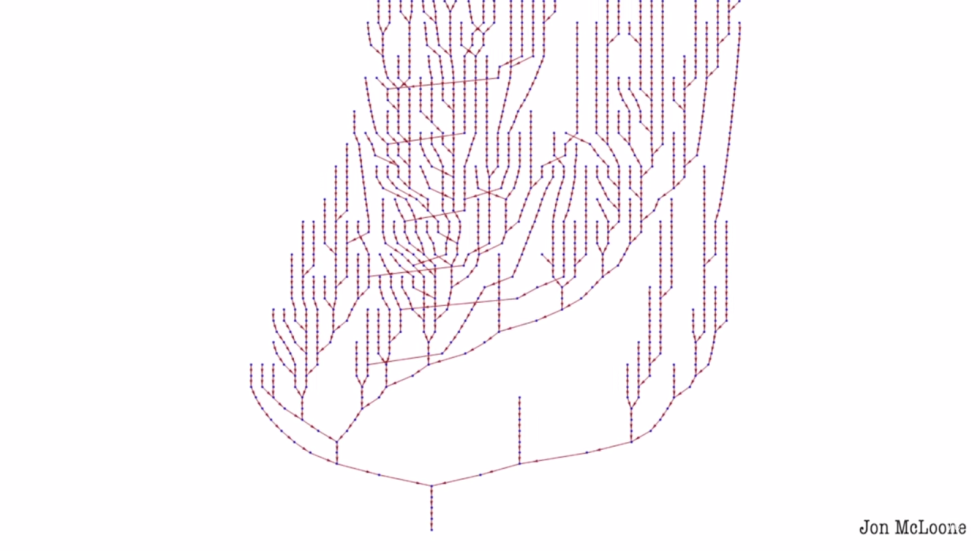 Pick any number. If that number is even, divide it by 2. If it’s odd, multiply it by 3 and add 1. Now repeat the process with your new number. If you keep going, you’ll eventually end up at 1. Every time.

Mathematicians have tried millions of numbers and they’ve never found a single one that didn’t end up at 1 eventually. The thing is, they’ve never been able to prove that there isn’t a special number out there that never leads to 1. It’s possible that there’s some really big number that goes to infinity instead, or maybe a number that gets stuck in a loop and never reaches 1. But no one has ever been able to prove that for certain.

So you’re moving into your new apartment, and you’re trying to bring your sofa. The problem is, the hallway turns and you have to fit your sofa around a corner. If it’s a small sofa, that might not be a problem, but a really big sofa is sure to get stuck. If you’re a mathematician, you ask yourself: What’s the largest sofa you could possibly fit around the corner? It doesn’t have to be a rectangular sofa either, it can be any shape.

This is the essence of the moving sofa problem. Here are the specifics: the whole problem is in two dimensions, the corner is a 90-degree angle, and the width of the corridor is 1. What is the largest two-dimensional area that can fit around the corner?

Remember the pythagorean theorem, A2 + B² = C²? The three letters correspond to the three sides of a right triangle. In a Pythagorean triangle, and all three sides are whole numbers. Let’s extend this idea to three dimensions. In three dimensions, there are four numbers. In the image above, they are A, B, C, and G. The first three are the dimensions of a box, and G is the diagonal running from one of the top corners to the opposite bottom corner.

The goal is to find a box where A² + B² + C² = G², and where all four numbers are integers. Mathematicians have tried many different possibilities and have yet to find a single one that works. But they also haven’t been able to prove that such a box doesn’t exist, so the hunt is on for a perfect cuboid. 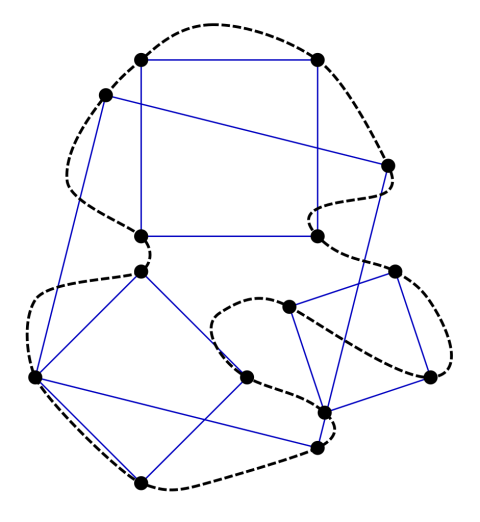 Draw a closed loop. The loop doesn’t have to be a circle, it can be any shape you want, but the beginning and the end have to meet and the loop can’t cross itself. It should be possible to draw a square inside the loop so that all four corners of the square are touching the loop. According to the inscribed square hypothesis, every closed loop (specifically every plane simple closed curve) should have an inscribed square, a square where all four corners lie somewhere on the loop.

This has already been solved for a number of other shapes, such as triangles and rectangles. But squares are tricky, and so far a formal proof has eluded mathematicians. 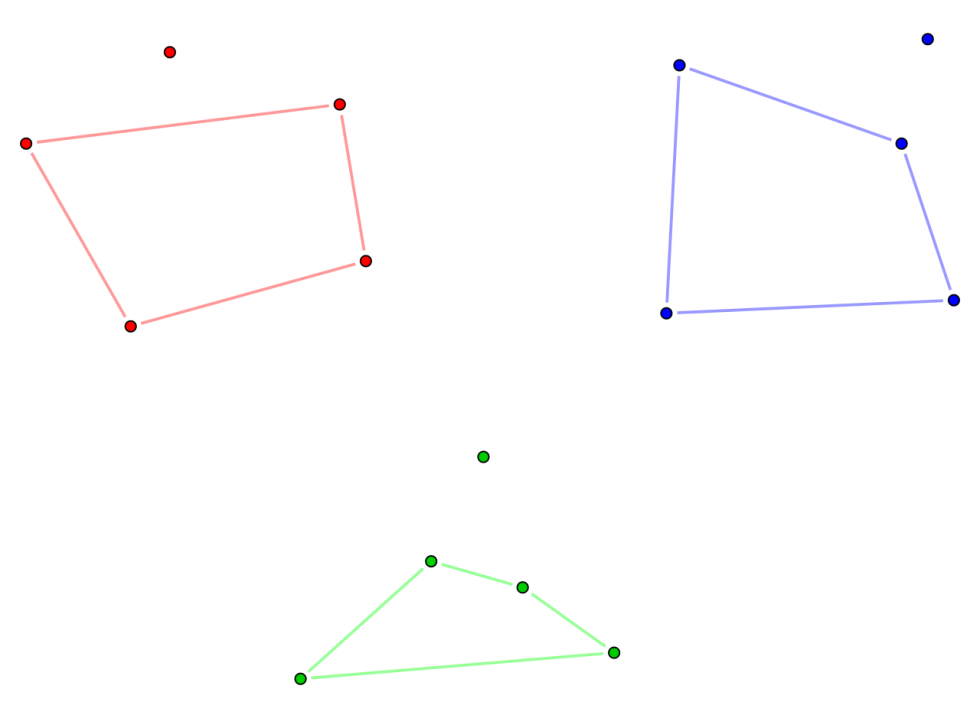 The happy ending problem is so named because it led to the marriage of two mathematicians who worked on it, George Szekeres and Esther Klein. Essentially, the problem works like this:

Make five dots at random places on a piece of paper. Assuming the dots aren’t deliberately arranged—say, in a line—you should always be able to connect four of them to create a convex quadrilateral, which is a shape with four sides where all of the corners are less than 180 degrees. The gist of this theorem is that you’ll always be able to create a complex quadrilateral with five random dots, regardless of where those dots are positioned.

So that’s how it works for four sides. But for a pengaton, a five-sided shape, it turn out you need nine dots. For a hexagon, it’s 17 dots. But beyond that, we don’t know. It’s a mystery how many dots is required to create a heptagon or any larger shapes. More importantly, there should be a formula to tell us how many dots are required for any shape. Mathematicians suspect the equation is M=1+2N-2, where M is the number of dots and N is the number of sides in the shape. But as yet, they’ve only been able to prove that the answer is at least as big as the answer you get that way.