UFO
In startling footage, a hazy object comes into focus in the background of the ISS.It appears as just a line of orange lights at first, but as the video continues it starts to take on a shape.

The lights then fade back into the black space as the clip comes to an end.

They enlisted the help of a UFO expert to identify what the mysterious object – which they claimed was “tracking” the station – might be. 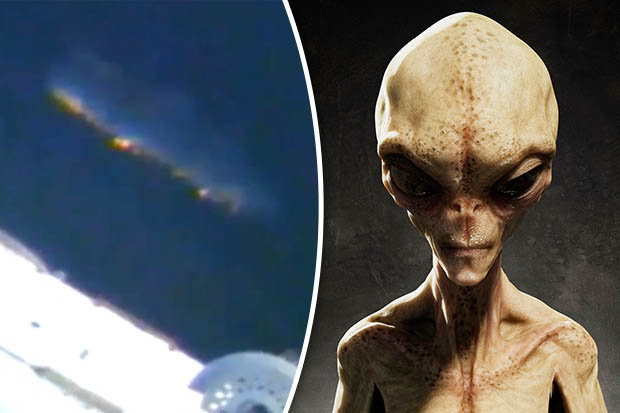 YOUTUBE/GETTYSCARY: A huge UFO appeared close to the International Space Station
“First, what I was looking at is I don’t know exactly what I was looking at,” the ufologist said.“In the very beginning, you see these orange dots around it and by the end of it the entire thing almost shrinks up a little bit.

“Almost as if it’s a giant mothership for all we know.”

More than 40,000 people have seen the video, with many also commenting their own opinions. 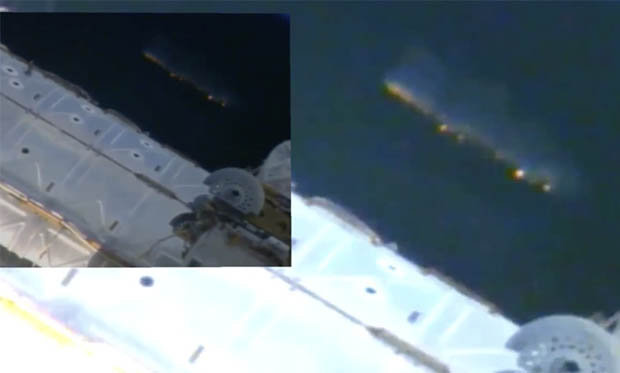 YOUTUBEBIZARRE: The lights soon faded and the shape disappeared
“Looks like the Battlestar Galactica just jumped into orbit,” one wrote.Another suggested: “It’s an interstellar mother ship, watching what NASA is doing, as NASA have lied since there first encounter with UFO.”

But a third was less convinced, saying: “To me it looks like the ISS filmed a storm in the upper atmosphere.”