A gentleman named Mauricio Morales posted some remarkable pictures on the internet that ended up going fairly viral across social media. They were snaps of Unidentified Flying Objects (UFOs, which does not mean they are extraterrestrial in origin).

That being said, don’t be fooled, there is a tremendous amount of evidence pointing toward the fact that some of these UFOs, whose presence were officially acknowledged within the mainstream using declassified documents and hundreds of high ranking military/political whistleblowers, are indeed extraterrestrial in origin.

There is ample evidence suggesting that many are ‘ours’ as well.

We’ve written about this quite extensively, and if you want to learn more about that and sift through all of the evidence we’ve accumulated over the past 8 years, please visit the exopolitics section of our website here.  Another great place to start is with UFO researcher Richard Dolan.

“As I was driving back to Phoenix this evening, I was a few miles past Parker, AZ when I saw a shooting star with a green hue in the corner of my eye. I kept driving for a few miles and noticed a small orange light far in the distance to my right. At first I thought that maybe a meteor had hit nearby and set a fire in the desert or possibly a distant antenna light.

I didn’t quite think much of it and continued to drive for another three miles. I noticed that the light was gone. I drove another half of a mile and I saw the light appear again. This is when I realized that whatever this was, wasn’t normal.

I was about a quarter of a mile from the crossing between Highway 72 and Highway 95 between Parker and Quartzsite, Arizona.

I immediately pulled over and attached my camera to my tripod. To my SW direction, there were six orange-red lights floating around in the horizon. Some of them would dim out and then brighten back up, others just seemed to float and hover away slowly. They seemed to travel in a parallel pattern with a very bright fiery glisten. I took photos and videos and in less than 15 minutes, the mysterious objects vanished without a trace.

All of the photographs are timestamped and are not edited whatsoever. The video is slightly cropped for better viewing.

Whatever this was, I have never seen anything like this in my life before. Super cool experience.

I have noticed that my cameras clock is set 8 minutes ahead. Which means that the time stamps are all 8 minutes ahead. I also saw a video of the same exact thing but from the opposite end in El Centro, CA. That means that whatever this was, it was visible for at least 100 miles.

ABC15 is reporting that the photos were part of the meteor. They were not. The meteor struck about 10 minutes before I pulled over on HWY 95 and got footage of these lights. The difference in lighting you see in the photos is because I was using different settings to get a more visible photo of what they were.” 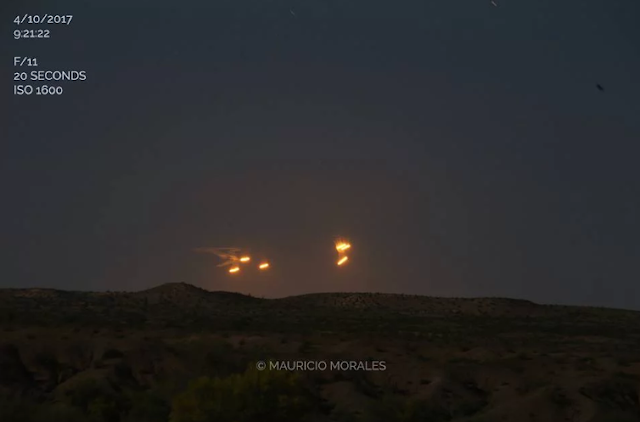 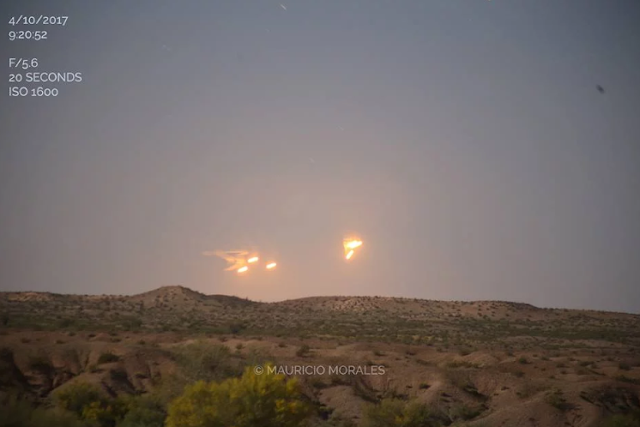 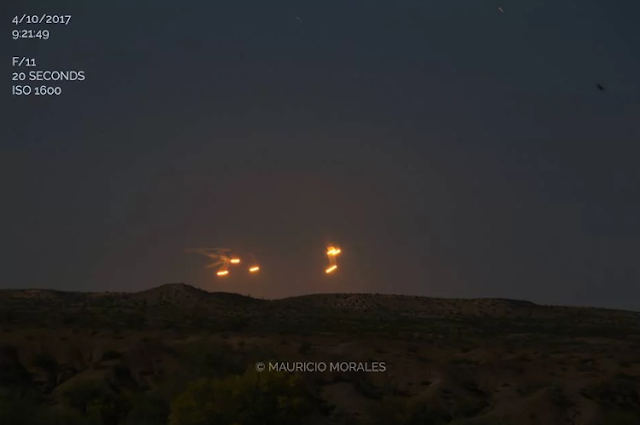 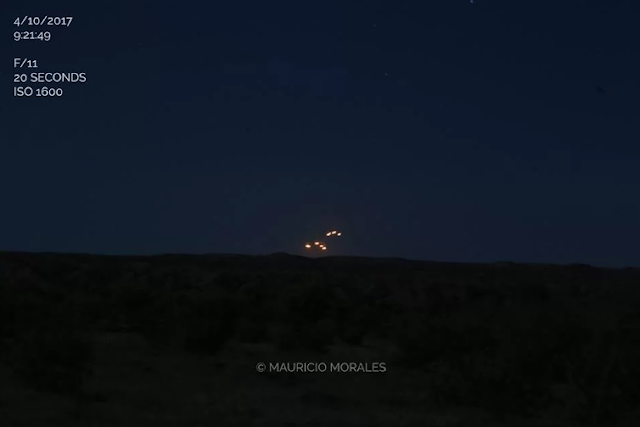 Below is some footage from Dr. Steven Greer, founder of The Disclosure Project and the Center for the Study of Extraterrestrial Intelligence (CSETI). Known to some as the “Father of the Disclosure Movement,” he was instrumental in bringing forth hundreds of military whistleblowers of all ranks, with verified backgrounds, to share their experiences and testify on the UFO/extraterrestrial phenomenon.
He has had high-level meetings within the Pentagon about this issue, and that was confirmed by Apollo 14 astronaut and the 6th man to walk on the Moon, Dr. Edgar Mitchell.
“Yes there have been crashed craft, and bodies recovered. . . . We are not alone in the universe, they have been coming here for a long time. . . . I happen to be privileged enough to be in on the fact that we have been visited on this planet, and the UFO phenomenon is real.”